Yess Essentials unrefined shea butter is produced by cooperatives communities in Ghana and carefully filtered not to affect the quality and to ensure the highest purity before packaging. 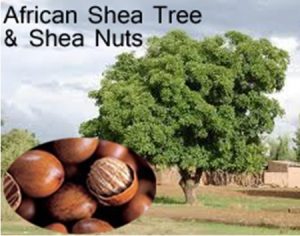 Raw shea butter, which comes from the nut of the African shea tree (also called the Karite tree), has been used for many centuries as a skin moisturiser and hair conditioner, also commonly used in Africa for cooking food, making candles, and even coating wood products.

Unrefined shea butter is a fairly hard butter which penetrates deep into the skin.  It is an effective moisturiser because it contains many fatty acids which are needed to retain skin moisture and elasticity so can help to reduce the appearance of wrinkles.  It has high levels of vitamins A and E with anti-inflammatory properties, as well as phytosterols, fatty esters, and phenolic acids which may help repair skin damage such as burns, sores, scars, psoriasis and stretch marks.  Unrefined shea butter also has natural antioxidant properties and is said to contain a small quantity of allantoin which is renowned for its healing qualities.

It is used traditionally to relieve rheumatic and joints pains and heals wounds and also relieve inflammation of the nostrils. It is also said to protect the skin against external aggressions, and sun rays.

Shea butter is considered raw, unrefined, refined and ultra-refined depending on the process:-

There are no reviews yet.

This site uses Akismet to reduce spam. Learn how your comment data is processed. 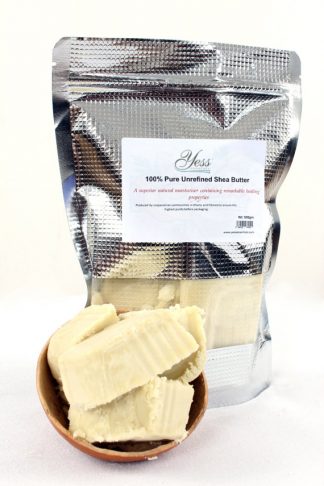